What is this place called Zamami?
Where is Zamami?
How do I get to Zamami?
Useful bits

What is this place called Zamami? 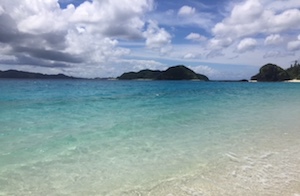 Zamami Shima (座間味島) is the largest in a small group of islands which form Zamami village, a part of the Kerama archipelago (慶良間諸島) in central Okinawa Prefecture. It’s an area that really tests the limits to what you think Japan is: a vast national marine park dotted with small islands of pristine, white-sand beaches, surrounded by clear blue seas abound with corals and exotic marine life. Take a short stroll off the beach and you’re in the middle of the jungle. In short, it’s a tropical kingdom far closer geographically to Taipei than Tokyo and in spirit, light years from the bustle of either of those cities.

Zamami Island is under 7 kilometres squared, and has only around 600 full-time residents - almost all of whom live in one central village. The other islands in the group are less populated still, and house a variety of beaches for all tastes. There is more than enough room here for everyone to find their little piece of paradise.

In Okinawa you can go swimming all year long without getting shouted at by fishermen or scolded by old ladies, as the sub-tropical climate means it’s warm all year. In fact if you do visit during the winter months, you’ll be rewarded for your efforts with the opportunity to see humpback whales returning from their migration (January-March). That said, the beaches are not officially ‘open’ between October and March. Which probably means no lifeguard service so watch out.

There are four main beaches on Zamami Shima.

This is not the best snorkelling spot but probably the best place on the island to swim with turtles. At high tide you are almost guaranteed to see them - there are dozens and they swim up close to the beach to eat its wild grasses. 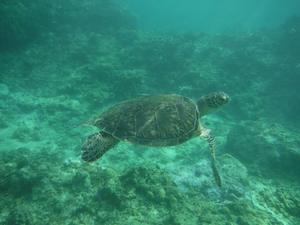 Swim close and take pictures but don't try to touch, feed, or make too much noise and commotion around the local turtles. The lifeguards will quickly be upon you! And with good reason too - they want to keep a peaceful environment or the turtles will avoid the beach. Don’t hesitate to ask them exactly where the turtles are - they will be happy to help, even if it means paddling about in the water to check.

Please understand that swimming is banned in low tides, to prevent damaging the coral. 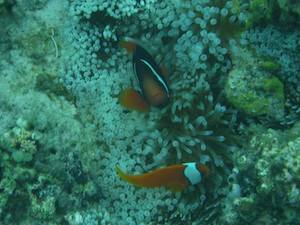 Such a well-known spot for snorkelling that it’s regarded by many as the best spot in all Japan. The diversity of fauna is amazing; with many different beautiful varieties of clownfish to be found skirting around and hiding in the large anemones.

You’ll find a good few restaurants built on wooden structures on Furuzamami. They’re a little pricey and sport a more limited range of dishes than in the town centre, though the setting is worth it.

These two are far less popular than Ama and Furuzamami because they are further from the main hubs (those being the town centre and port). Access is a bit of a mission but not so bad if you can rent bikes. They’re sandy, pretty and will definitely satisfy those looking for something off the beaten track. If you want to snorkel, try Nita beach which has a bit more coral, though look closer and it sadly also has more washed up detritus on the sand.

Touma beach has a long stretch of sand and a pleasing bay but is a bit lacking in undersea life and coral. Nice for a chillout day though, and the golden sands glimmer in the sun. 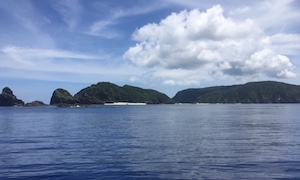 Japan’s southernmost main prefecture, Okinawa basks in the warm, blue, tropical Philippine Sea, and is culturally and geographically in many ways closer to its South Pacific and South East Asian neighbours than it is to the four main islands of Japan.

How do I get to Zamami? 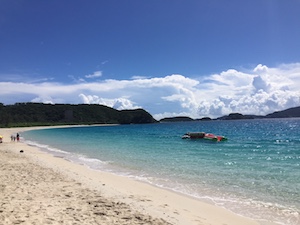 It’s possible to get very reasonable flights to Okinawa from Tokyo. Try Jetstar and Vanilla Air for the best deals. Naha (那覇市) is both the capital of and the largest city in Okinawa prefecture. It’s also the place most visitors will use as their starting point, and from the airport you’ll need to get to Tomari Ferry Terminal (とまりん).

Access is either directly by taxi (1200 JPY/15 minutes) or via the Okinawa City Monorail/ AKA Yui Rail (沖縄都市モノレール / ゆいレール). This is Okinawa’s only train and a fine way to briefly take in the sights of the city from above. It’s smooth, clean and efficient. The nearest monorail stop to Tomari is (美栄橋, 300 JPY/14 minutes plus a 9 minute walk).

There are 2 boats from Tomari Port to Zamamishima.

Ferry Zamami is less frequent but good option for either those on a budget or who want to take cars/bikes. Check out Zamami Island website for more details and up-to-date timetables (4000 JPY Round Trip/120 minutes).

For both options try to book the boat beforehand if you plan to go during the busy season.

Access is so easy and quick from Naha that you could even do a day trip to Zamami, but staying at least a night or two will allow you to make the most of the sublime beaches and fun local izakaya, before island-hopping along to your next stop.

The best way to travel around Zamami is to rent a bicycle, but during the busy holiday seasons these can get booked up fast. If you want to be sure, the safest option could be to find accommodation with cycles included. Near Ama beach there’s a delightful and highly reasonable beachside camping spot. They’ve a range of accommodation on site, as well as tent rental available but all must be booked over the telephone, so do contact them in advance should you need these.

There is only one ATM on the island. It’s inside the Post Office in Zamami Village and not 24h (Mon-Fri: 8:00am-5:30pm, Saturday: 8:00am-5:00pm). It takes international Visa plus other major credit/debit/bank cards. 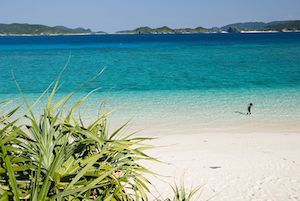 Any stay of longer than a couple of days should include neighbouring Akajima (阿嘉島), a very small island with white-sand beaches, snorkeling spots, turtles and even deer. People come to Aka to visit Nishibama Beach, and with good reason: it’s easily one of the most beautiful beaches in the Kerama Archipelago.

Getting to the beach involves an easy 2km walk from the little port. There are no trees and virtually no shelter, so do bring a beach umbrella or you will melt in the sun!

We recommend getting back to Zamami in the evening if you want to enjoy food, company and izakaya as it becomes deserted later on. Getting there is only 300 JPY and regular speedboats leave Zamami - more details here. 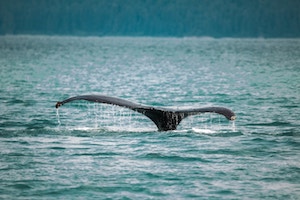 Ps. Seeing as it’s a famous holiday destination, a lot of people in Okinawa speak English but as always a little basic Japanese can go a long way.

PPs. Do make sure you try the local Okinawan foods: fishy ramen with thick, white noodles, bitter gourd and spicy toppings … not to mention that you’re never far from the ubiquitous SPAM, which is regarded as a delicacy by locals.

PPPs. Don’t worry if you get stuck at Tomari Port on the Naha mainland, as there’s a very famous fish market nearby (Tomari Fish Market / 泊いゆまち管理事務所). You are in Japan so expect top grade sashimi, and we recommend the delicious freshly cooked scallops.
zamami

How would you rate Zamami beach as a swimming spot? 3 (1 votes)