What is the place called Ibaraki?
Where is Ibaraki?
How do I get to Ibaraki?
Useful bits

What is this place called Ibaraki?

Ibaraki (茨城県) is a prefecture to the northeast of Tokyo with the unfortunate reputation of being voted Japan’s most boring. This is rather unfair as it has loads to offer, including the plentiful supplies of fresh vegetables its fertile land provides Tokyo supermarkets with (if you get a chance try the peppery mizuna (水菜) in a salad, it’s fresh and fantastic like a Japanese roquette).

Ibaraki also houses a very famous, double-peaked mountain called Tsukuba (筑波山) which isn’t to our knowledge, swimmable (as always, investigation pending) but does afford you some of the top views of the entire Tokyo region all the way to Mount Fuji if you scale it. Apart from that the prefecture is mostly flat and collects a lot of water - with lakes, wide rivers, and a top-rated coastline for surfing and swimming.

One of the quickest beach spots to get to on a day trip from Tokyo is Hirai Beach Resort (平井海水浴場) in Kashima City (鹿嶋市).

The rather grand sounding name might conjure all sorts of images, but it’s a pretty humble stretch of (off-white, greyish) sand without a great deal of infrastructure. Surfers love it here as it gets some great pacific swell, while the swimming is also nice, with fun, ripping waves to play around in, and soft access underfoot with a gentle decline into the water.

The beach has decent facilities, with showers, toilets and taps for sandy-foot washing. 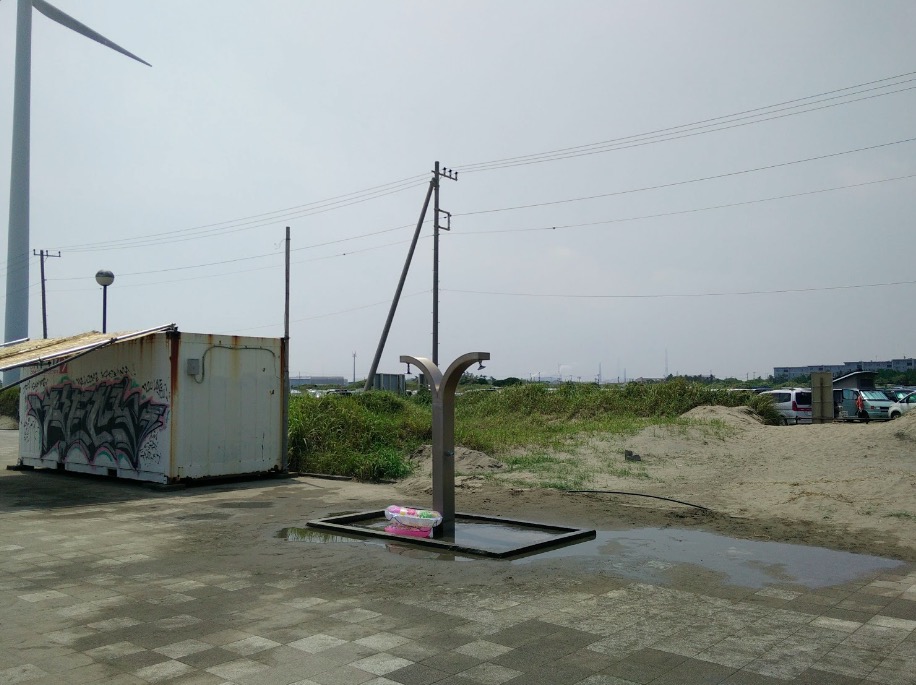 When we say humble … the Shonan coast it aint. Laying back and treading water as the waves bump you up and down your view back on land might be the large industrial area immediately south which houses at least two plants.

You’ll find the entire Pacific East coast though to be a much more laidback affair than the posh summer homes and Shonan-lifestyle of Tokyo’s southern beaches. Fewer restrictions, and arguably, more fun.

Ibaraki is north of Chiba Prefecture, and goes all the way up to border with the Tohoku region (northern part of Honshu island). You’ll find Hirai Beach far south of the prefecture almost at the Chiba border.

The beach is part of a wider network of Pacific coast beaches and resorts that stretch across a relatively straight line for hundreds of kilometres. The next beach up northbound is also pretty good, it’s called Oritsu Beach Resort (下津海水浴場) and offers much the same swimming experience.

Hirai and Kashima City are about 100km from Shinjuku Station in Tokyo.


How do I get to Ibaraki?

The most efficient way to get to most of the east coast beaches near Tokyo, is unfortunately to drive. The rail infrastructure is just not quite as dependable as some other parts of the region.

The route is simple, with smooth highways, and car parking is right next to the beach.

Another cheap and fast option using public transport is to take a bus from Tokyo Station. The bus takes 2 hours and the connection from the beach is easy, a ten minute walk to Kashima City Hall (allow longer if you are worried). From Shinjuku Station this means taking the Chuo Line to Tokyo Station plus the bus. Allow 3 hours with pit stops along your way, and do keep an eye on bus times as they aren’t as regular as trains. Shinjuku Station to Kashima City Hall is 2030 JPY.

This is a laidback town, which can fill up on hot sunny, summer days but becomes very quiet in the evenings. There are few amenities in the immediate vicinity of the beach so do take supplies with you for food, drinks and snacks. Summer brings a couple of beach bars/restaurants but don’t depend on them.

There is a Family Mart near the beach, but don’t try and take a shortcut to it. It will end up being a long cut for sure. Follow the roads, it’s a little further than Google Maps tells you. Allow 15 minutes to get there.

It has a special range of beach products, too!

There’s a very easy-going atmosphere here, and beach parties (probably only if you keep them small though), barbeques, and even camping right on the sand seem to be entirely permissible.

Even in the height of summer you can pitch your tent overnight here and have a really nice sunrise swim or surf: highly recommended.

Kashima’s Town Centre is a little far to walk for your meals (we recommend cooking on the sand) but there are some nice restaurants there, including a couple of Indian joints and the usual ramen, yakiniku, etc.

How would you rate Hibaraki as a swimming spot? 3 (1 votes)