What is this place called Karuizawa? 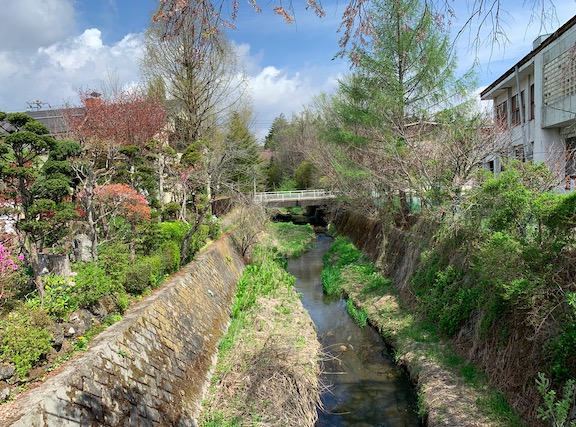 Karuizawa (軽井沢) has a popular reputation among Japanese people as being sort of place one ought to aspire to own a holiday home in. If you have a place here, says post-war-economic-miracle era wisdom, then you’ve made it. You have a cool, humidity-free sanctuary from Tokyo summertime. Extra brownie points are gained through Karuizawa’s sauve reputation as an upper-class haven, sporting tennis courts fit for the emperor (the recently abdicated emperor, Akihito met his wife playing doubles here).

A quick Google confirms that talkative man I once met in a bar in Tokyo was correct about the origins of all this: the place was founded as a temperate resort town by Canadian missionaries in the late 19th century (or mid-Meiji era).

Well over a century later, to non-residents of Japan, Karuizawa - with it’s population of some 20,000 people in a mountain valley - remains hardly known (and easily confusable in name at least with the much more touristable Kanazawa). To be honest, if you have 2 weeks in Japan and want a real culture shock, the latter is higher priority.

That said, if you have a JR Pass already, and want to experience faux-European restaurants serving up kitsch bubble-era takes on steak and chips, an upmarket outlet village (seriously! PHOTO), golf, mountain scenery, and some fresh air, you could give it a go as a quick stop-off on your way someplace else.

It’s not fun central, and it is a bit snobby, but it’s not as bad as we imagined. If you do find yourself here, bring your swimmers. We can’t promise Karuizawa’s waters to be life-affirming but they’re certainly clean, as they seep slowly and directly out of the slopes of nearby Mount Asama (浅間山). 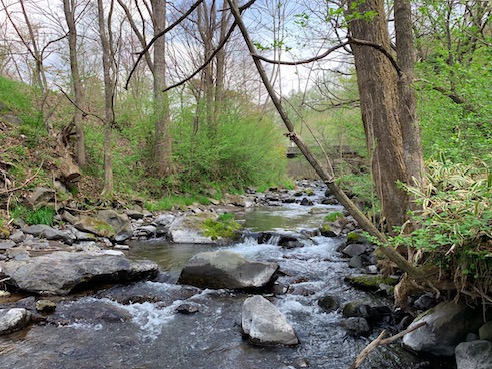 The town lies in Nagano Prefecture, central Honshu, a landlocked prefecture best known for skiing and snowboarding in the winter and all manner of mountain pursuits out of season.

How do I get to Karuizawa?

Getting to Karuizawa is easy if you have a JR pass, and takes just over an hour on the Hokuriku Shinkansen which leaves several times an hour. If you don’t it’ll be about 13,000 JPY return.

If you don’t, you could drive it in around 2 hours from Shinjuku Station/Central Tokyo, or you could even take a bus. These leave from Shinjuku or Ikebukuro, and cost from 1500 JPY each way. Try Japan Bus Online. As we’ve mentioned though, you might want to go somewhere else if you want a truly memorable swim.

Once you’re in the town, bicycle rental makes it a lot easier than you’d think to get around, so no worries there.

The bike rental we used was right next to the station, it’s called 地産サイクル. They might seem uptight but were generous when we arrived back a little after our designated time. Bikes are mamachari type with a convenient basket for your towel, etc.

If you want more of a mountain bike you can get them about 5 minutes walk around the corner, at 軽井沢レンタサイクル KARUIZAWA RideTown. 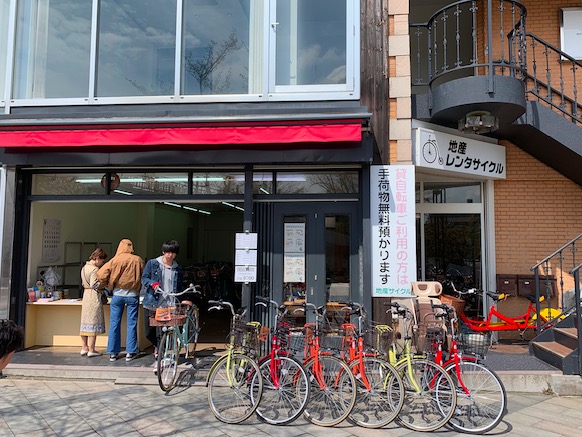 One of the most famous spots in Karuizawa is Shiraito Falls (白糸の滝). You’ll see it on maps when you arrive. This is a few kilometres uphill cycle, and though very tempting, is probably not worth even trying. It’s a big tourist draw, which is illuminated by night in glorious electrified techniciour, for extra romance!

Any attempt at getting in the water here will cause more trouble with the Karuizawa-set than it is worth. Out of hours, you could get lucky, though it’s not especially deep anyway.

There’s another famous waterfall, Sengataki (千ヶ滝) A little further west, which we leave with you to investigate. It certainly looks paddleable.

Seeing as for swimmers, Karuizawa is more of a half-day detour than a full-blown swim destination, we recommend the quick cycle west to Naka-Karuizawa (about 10 minutes). Just north of that station you can follow a nice little steam on your bikes, pick your spot and jump in. It’s mostly shallow, but you’ll find some OK-ish dips within minutes. 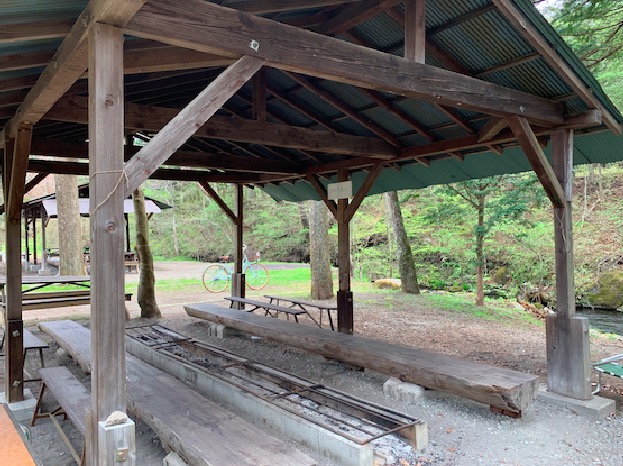 A perfect spot for a fresh mountain stream swim can be found in a picnic/BBQ/ ‘camping ground’ spot called Yukawa Camping Ground (湯川キャンプ場).

It’s just behind a soba shop called そば処湯川, though there’s a 7/11 across the road for cheaper sustenance. You might not have long before you get shouted at by someone for swimming out of ‘season’, so keep a low profile

Once you’ve had your dip, head upstream and mingle with those golfers in the large onsen complex called Hoshinoonsen Tonbo (星野温泉 トンボの湯). It’s all pretty developed and sensible round here so don’t do a bomb into the water, or make too much noise, but it might warm you up if you’re cold. 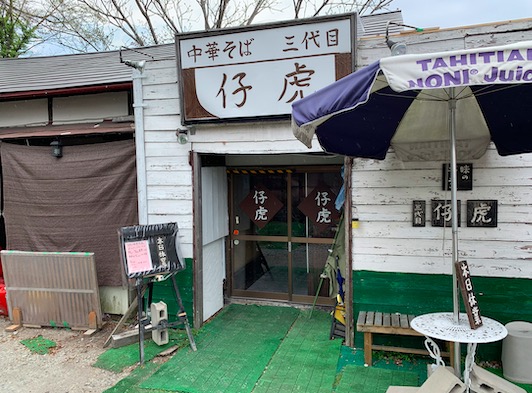 If you get hungry while you’re there, we’ve been told the ramen shop Sandaimekoko (三代目 仔虎) is recommended by PassionRamen French blog , though it was closed when Swimming in Japan tried to go.
karuizawa

How would you rate Karuizawa as a swimming spot? 3 (1 votes)