What is this place called Izu?
Where is Minami Izu?
How do I get to Minami Izu?
Useful bits

What is this place called Izu?

The Izu Peninsula’s status as one of Japan’s most outstanding and naturally beautiful locations is cemented by its rugged south. Think of dramatic volcanic cliffs, emerald blue-green seas with perfect visibility, swimming with colourful fish, a remote interior with forest and room to explore the wilderness, snorkelling, fresh fish and seafood … and you are just beginning to imagine the spectacular beauty of the place.

It’s a time-consuming area to reach but you’ll be rewarded for your efforts with a paradise, and a feeling quite unlike any on Honshu Island. In fact you’ll feel like you’ve left Honshu completely and been transported to the Izu 7 Islands across the sea.

Our pick of the swim spots here is Hirizo Beach (ヒリゾ浜). Here you can enjoy the waters, swim out to little rocky islands, or in the summertime even take a boat trip to some spots with deeper waters and sea life galore.

The beaches are rocky and less crowded than some Izu neighbours but perfect for swimming and nature.

Being so close to the more traditional sandy beaches of Shimoda means Minami Izu doesn’t lose out on its own share of them. 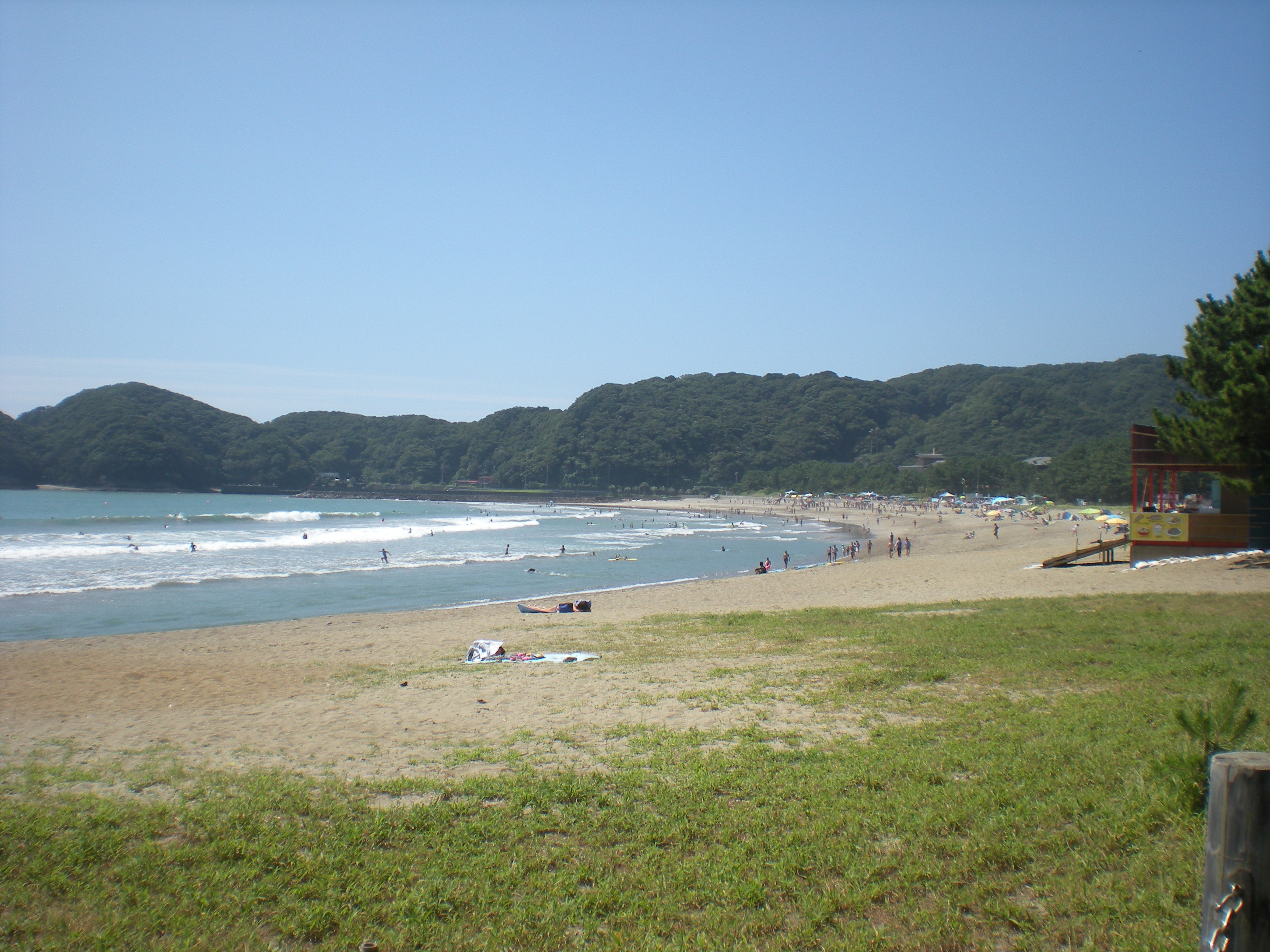 Yumigahama (弓ヶ浜海岸) is a great sandy beach in the eastern part of Minami Izu, surrounded by gorgeous trees and with golden sand, on the right day this can be paradise.

It may appear to be a calm bay but outside of the summer months the tides can be dangerous if you’re not a strong swimmer - though it is popular with surfers all year round. 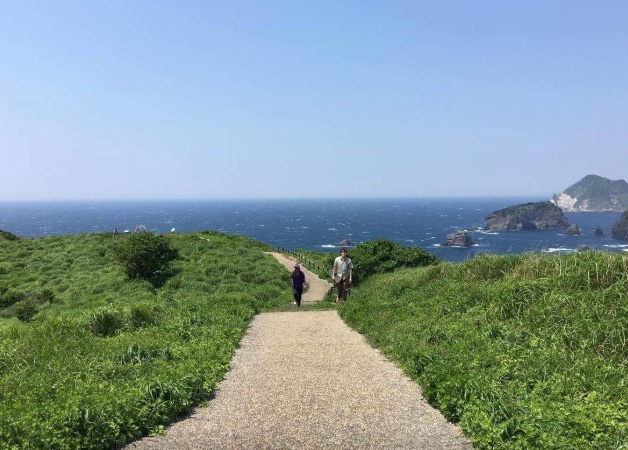 Another essential stop off on the way is the most southern point of Izu is Irozaki Cape (石廊崎). It’s blustery and beautiful with a convenient viewing point equipped (of course, it’s Japan) with refreshments, food, and of course omiyage (souvenirs).

The cliffs are a little on the high side to access the water but it’s a smashing place to plan your next swim, with views over much of the area.

Where is Minami Izu?

Quite simply, Minami Izu means ‘South Izu’, and indeed it is on the most southern tip of the peninsula you’ll find it.

In spite of the size of the peninsula, and indeed that there are also ‘nishi’ and ‘higashi’ (west and east) areas also designated, Minami Izu takes up very little space: no more than 10 square kilometres probably. You’ll find it just south of the major town of Shimoda, and it loops around until the monkey beach of Yaen Park (野猿公園) to the west.

Hirizo is a little north west along the one road that skirts Izu’s south coast from Irozaki Cape. It’s a little more sheltered than the far south of the cape which means visibility in the water is good.

How do I get to Minami Izu?

Coming all this way down the only real option if you don’t want to suffer is to drive. Car rental is easy, reasonable and pretty painless in Japan. See our section on travel for more details. If you are unable to drive then you can get to Hirizo by bus (don’t jump off anywhere for onigiri on the way, it’s not going to be a hop on, hop off sort of journey).

To go by bus, start at Izukyo Shimoda Station and take two buses. The first is bound for Irozaki Port (look for 下田駅～休暇村～石廊崎港石廊崎港口行) and takes 40 minutes. At Irozaki Port (石廊崎港口) take the bus bound for Nagaki (石廊崎港口～中木中木行) for just 8 minutes or so. It’s then a short 120m walk down to the water. 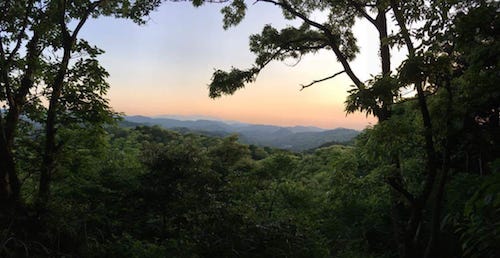 Staying overnight on a budget you could do a lot worse than Irozaki Auto Camping (石廊崎オートキャンプ場). It’s a couple of km east of Hirizo beach, along the one small road, and, perhaps unfortunately, a little inland - so it’s not so great for late night beach strolls. This campsite, though has a fine wilderness charm. It’s full of trees, has good facilities and allows barbeques.

The atmosphere is laidback and some might say even slightly hippy, with a friendly family running proceedings. There is a good walk on the campgrounds that takes you right up a little hill (it could be a struggle in flip flops) which gives tremendous views of the ocean. If you don’t want to leave the site they even have a cool little restaurant with sashimi and all sorts of classics. Website here.

Sea kayaking is popular around Minami Izu and it’s a cracking spot to try it if you haven’t already. Various people offer it, for example these adventuring fellows. We can’t really give a fair comment on it as we haven’t tried but it’s just over 10,000 JPY for 6 hours and they seem to know the right places to take you.

Supermarkets and konbinis are less common round here so do stock up when you go to one. About 1 km west of Irozaki Auto Camping you’ll find the Minami Izu Aloe Center (南伊豆アロエセンター) a health shop with all manner of aloe vera products, including ice cream! Check their website for more unique details.
minami-izu

How would you rate Minami Izu as a swimming spot? 3 (1 votes)